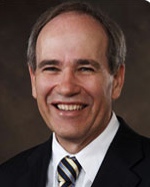 Today Whaleoil has broken an alleged story of an extra-martial affair between Mayor Len Brown and a Council employee 30 years his junior, the story comes with text messages that again are alleged to be between Len Brown and the woman in question.
The story has been written by Stephen Cook who was sacked by the Herald on Sunday for not informing them of drug dealing charges he was facing.
Is this an issue for the public, is it something that could end the career of the ‘Christian’ Mayor Len Brown?
The salient points to whether this is ‘news’ or not and if it should effect Mayor Len Brown’s career are that the women in question is a Council employee and some of the alleged illicit encounters happened in business hours on Council land.
So ‘Yes’ if the story is true as we see it right now this could be very costly for Len Brown.
UPDATED 4.28pm
From Len Brown Statement

I told my wife previously & she and I are working through the issues privately. We are looking to protect our children as best we can