Ports back down, win for unions…but are we still at an impasse? 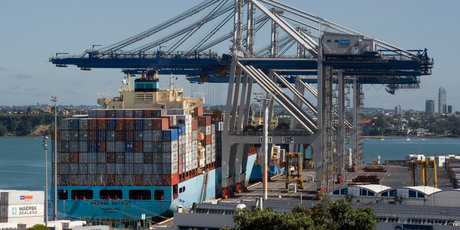 I interviewed Garry Parsloe a couple of weeks ago and we came to the conclusion together that the situation is at am impasse. If the Ports ultimately want contracting, and the unions want a collective contract then there is no way forward.
Today we hear from Richard Pearson from the Ports of Auckland that they have put a halt to contracting out the work for four weeks, and altough he claimed the Ports had a ‘bulletproof’ case, today they are heading back to the table ‘in good faith’.
Richard Pearson has admitted publicly that the best result for the Ports (in his opinion) is to end up with contracting out the work, so how can he come back to the table ‘in good faith’. As I stated in the post linked above to Garry Parsloe….

“[The Ports] have the right to contract, if they want to stick by that right to do, there is an impasse correct?”

To which Mr. Parsloe replied

“There is an impasse”

So here is my question…how is this going to be any different in 4 weeks from what the situation was last week? If both sides are at the same place, then nothing has changed.
The only logical conclusion I can come to is that the Ports have had legal advice maybe advising them their position isn’t ‘bulletproof’ so they are having to come back to the table before court action tells them to.
I just don’t see the resolution here being any different from what it was yesterday, last week, or last month
UPDATE: We have just offered Garry Parsloe to come on to today’s show and talk about the issue, he has declined. We will still be putting a call into Richard Pearson

The Panel with Cameron 'WhaleOil' Slater and Richard Barter
March 22, 2012

Gary Parsloe concedes PoA have the right to contract out work…which leaves Auckland with an impasse
March 8, 2012

Greed and some other deadly sins at the Ports of Auckland
January 5, 2012